Hopper and His Time

I'm rerunning this post on Hopper by special request going out to Wayne.  xxoo


The Pagan Sphinx blog will be on hiatus from 8-28 July. I'm headed across the pond to spend some time with my Portugal family.


All the love,
Gina

I wasn't surprised that the The Whitney did not allow photography for their current exhibition  Modern Life: Edward Hopper and His Time because generally speaking, most museums don't allow photography of special exhibitions. What did surprise me is that the entire museum has a no photography rule. The only other museum in NYC that I know of that doesn't allow photos is The Frick. Otherwise The Met, MoMA and The Guggenheim all allow photos of practically everything. The same is true of Massachusetts museums. I did manage to sneak a photo here and there, nonetheless. My only intent being that I enjoy sharing and promoting the art.  :-)  I'll share those sneak peaks with you randomly over the next days, as time allows.

This post attempts to recreate the exhibition with samples I culled from the web. The exhibition wasn't as complete as I'd hoped it would be but having never been to a show that featured so many Hoppers, I really enjoyed it.  I like how the Hopper works where interspersed throughout with the works of his American contemporaries, including the photographers Stieglitz and Strand. Works on canvas by Charles Demuth, Charles Sheeler,  George Bellows and others, place Hopper's settings into a social and historical context.

Modern Life: Edward Hopper and His Time traces the development of realism in American art between 1900 and 1940, emphasizing the diverse ways that artists depicted the sweeping transformations in urban and rural life that occurred during this period. The exhibition highlights the work of Edward Hopper, whose use of the subject matter of modern life to portray universal human experiences made him America’s most iconic realist painter of the 20th century. Drawn primarily from the Whitney Museum’s extensive holdings, Modern Life places Hopper’s achievements in the context of his contemporaries—the Ashcan School painters with whom he came of age as an artist in the century’s first decades, the 1920’s Precisionist artists, whose explorations of abstract architectural geometries mirrored those of Hopper, and a younger generation of American Scene painters, who worked alongside Hopper in New York during the 1930s. Modern Life: Edward Hopper and His Time includes approximately 80 works in a range of media by Hopper and artists such as John Sloan, Alfred Stieglitz, Edward Steichen, Paul Strand, Charles Demuth, Guy Pène du Bois, Charles Sheeler, Charles Burchfield, Ben Shahn, Reginald Marsh. The show is accompanied by a 250-page illustrated catalogue with essays by American and German scholars, produced in conjunction with an exhibition of the same title which appeared at the Bucerius Kunst Forum, Hamburg, and the Kunsthal Rotterdam in 2009-10.

Modern Life: Edward Hopper and His Time is organized by Barbara Haskell and Sasha
Nicholas. 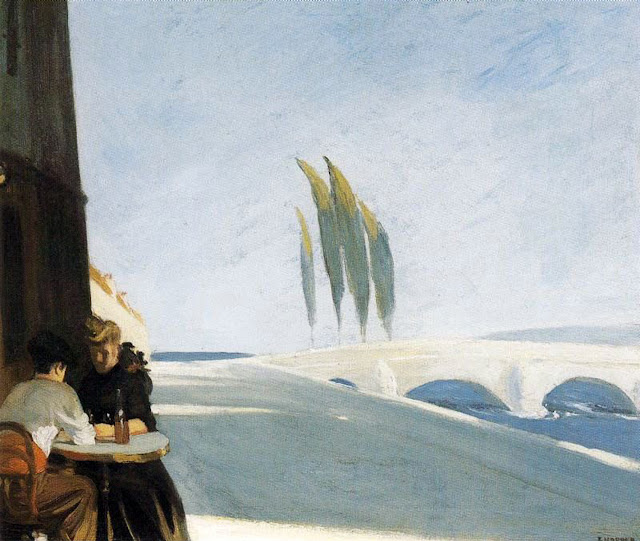 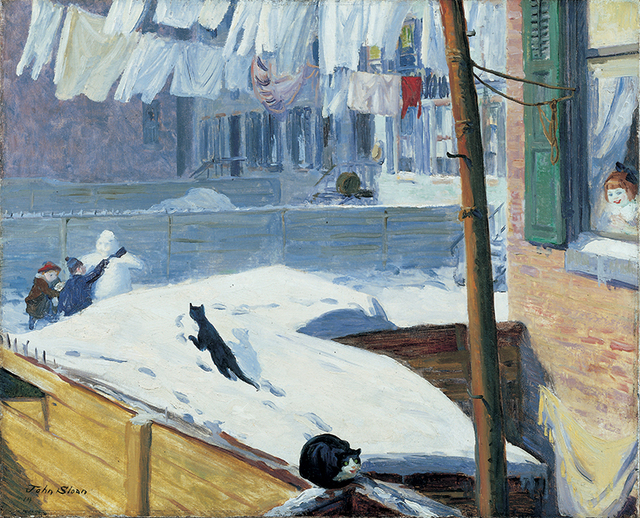 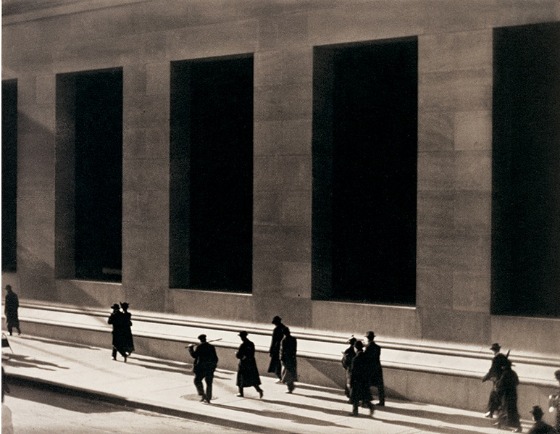 American industrial landscape, machines and architecture that were symbols of growth and prosperity.
Grain elevators were often over 100 feet tall. Demuth saw the grain elevators as American monuments, equivalent to the pyramids of ancient Egypt. Both structures combine great size and physical beauty.  The pyramids of course were tombs. And their association with life after death might also have appealed to the ailing artist.
When he made this painting in 1927, Demuth was very ill with diabetes and he died 8 years later. He may have also chosen the title because only 5 years earlier archeologists had discovered the tomb of King Tut, and America was fascinated by anything related to Egypt.
Art Education for the Blind 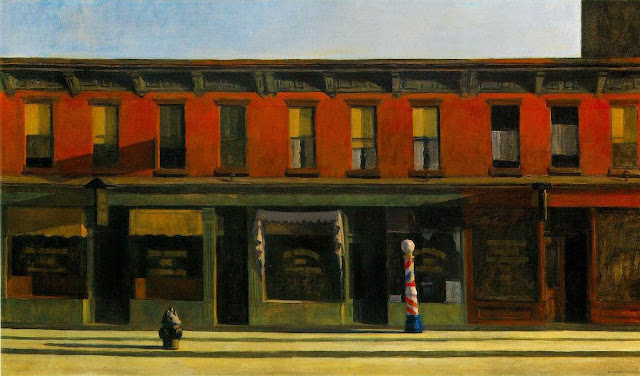 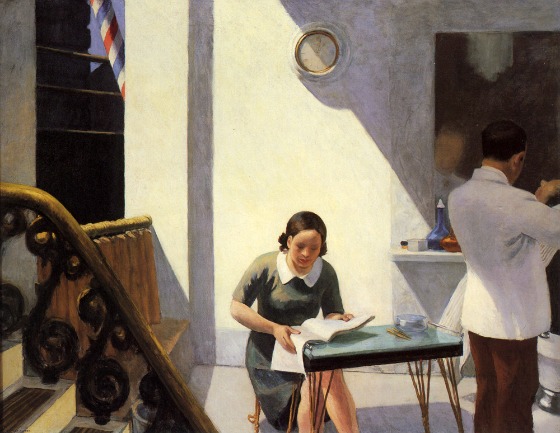 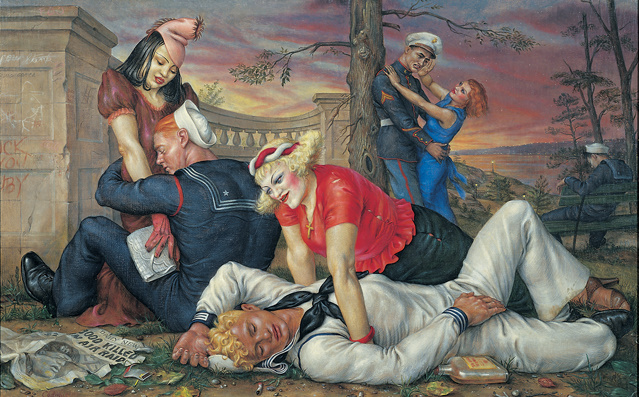 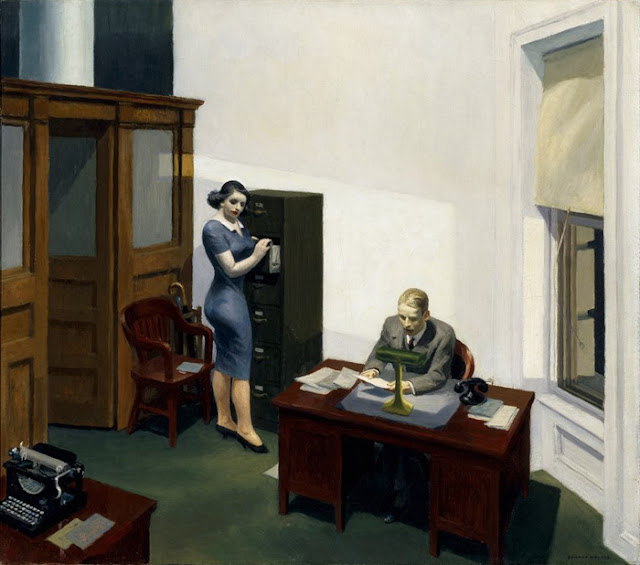 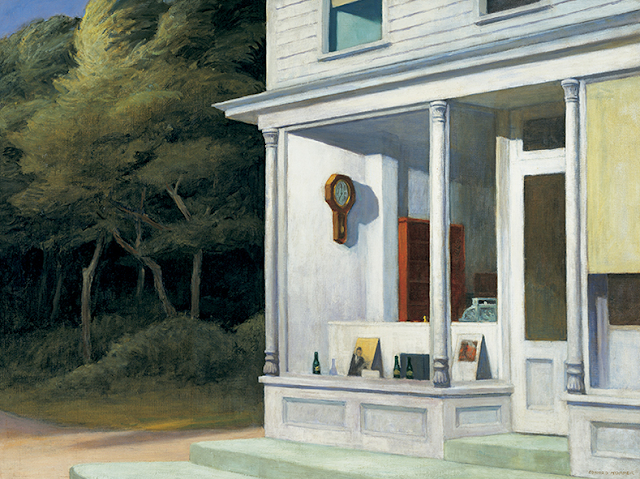