The Supergirls and I are off to Barcelona and Lisbon tomorrow! Wish you were coming along. Meanwhile, I have some Portuguese music to share with you.

The totally modern Mariza, performing a Portuguese song from the 40s, with a completely modern twist. You really need to listen at least for a few minutes. She's amazing. A totally drop-dead passionate and evocative vocalist.

Mariza was born in the overseas Portuguese Provence of Mozambique. My dearest Portuguese aunt and her daughters, my chummiest cousins, lived there for many years until they returned to Portugal in the late 1970s. Mozambique was taken back by its original people and all the white colonialists had to beat feet. A good thing for that country and a loss of their home for my relatives. But heck, they're over it! I didn't cut them a lot of slack when they told their story but I was glad that they were okay and back home safely. Most of the Portuguese actually got off pretty easy, given their overbearing, colonial presence in a country that didn't belong to them.

I apolozie for the tangent but it all started when I read that Mariza is the child of a Portuguese father and a partially African mother. For years I have wanted to see this incredible woman perform. Fado is a style of Portuguese music that dates back to the 1820s or earlier. It is a very dramatic, passionate and compelling musical style. There is also a style of Fado that is lighter and sounds more like folk music. The dramatic Fado reminds me closest to American blues, though perhaps there is a better analogy. I'm hoping my friend Singing Bear can analyze it for me, cuz he's my resource for all things musical and he knows what he's talking about! 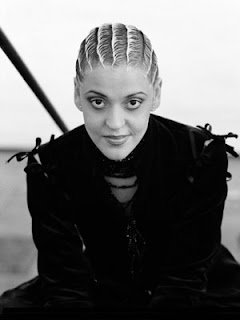 Enjoy and I'll see at the end of July. Have a great summer.
All the Love,
Pagan Sphinx