All the love,
Gina 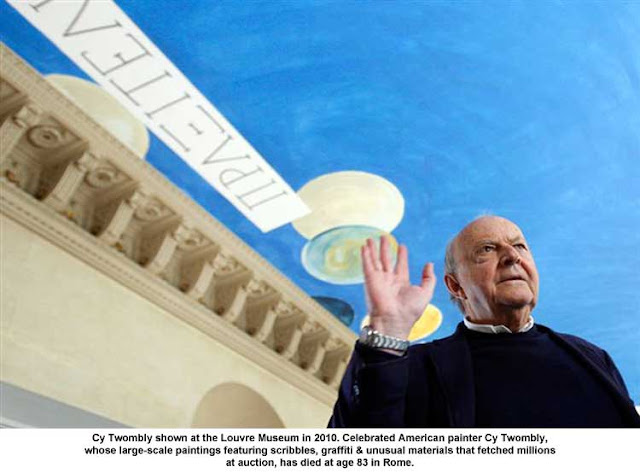 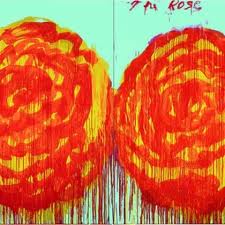 Emerging from the New York art world of the early 1950s, Cy Twombly brought a distinctive approach to painting and sculpture that evaded precise affiliation with the predominant movements of the twentieth century, including Abstract Expressionism, Pop Art, and Minimalism. Inspired by ancient Mediterranean history and geography, Greek and Roman mythology, and epic poetry, Twombly created—sometimes on a grand scale, in multiple-panel works—a sometimes-inscrutable world of iconography, metaphor, and myth. The breadth of Twombly’s imagination and his interdisciplinary approach to subjects traverse vast distances, resulting in works that are at once baroque and spare, modern and ancient. The rest of this excellent article, Cy Twombly in Depth, here 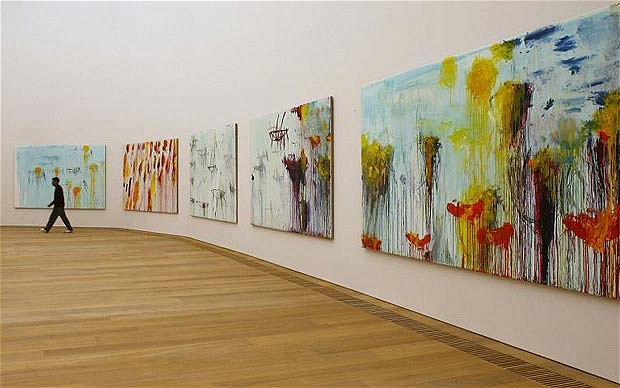 Works by Twombly at the Brandhorst modern art museum, Munich 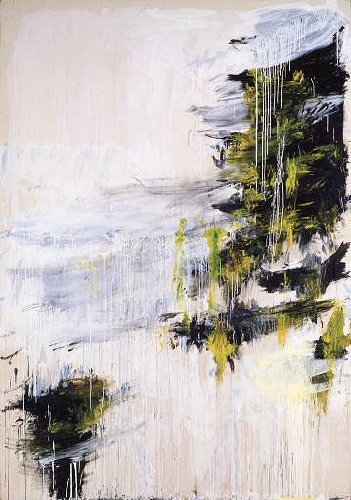 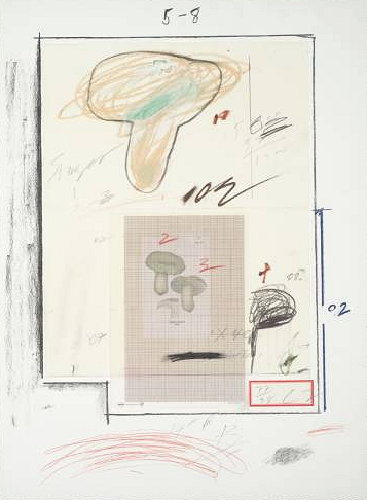 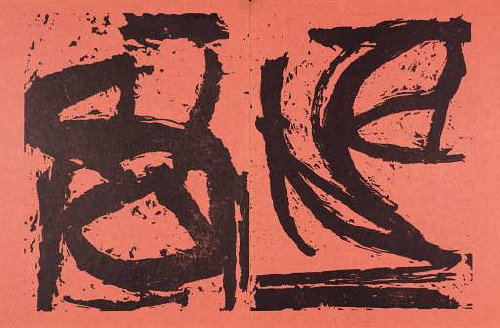 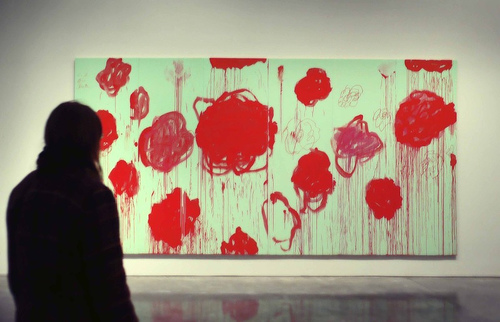 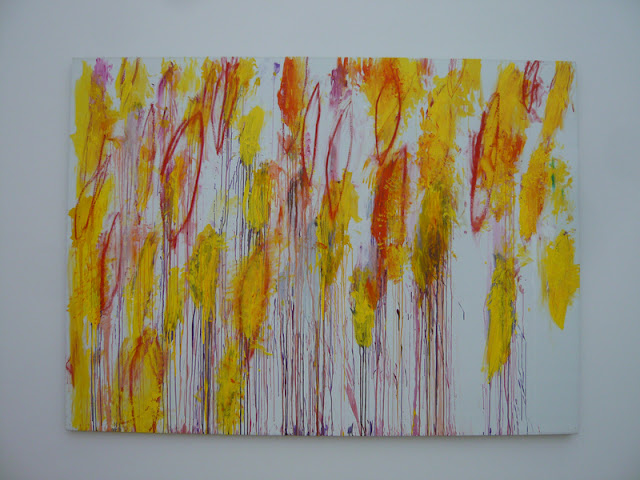 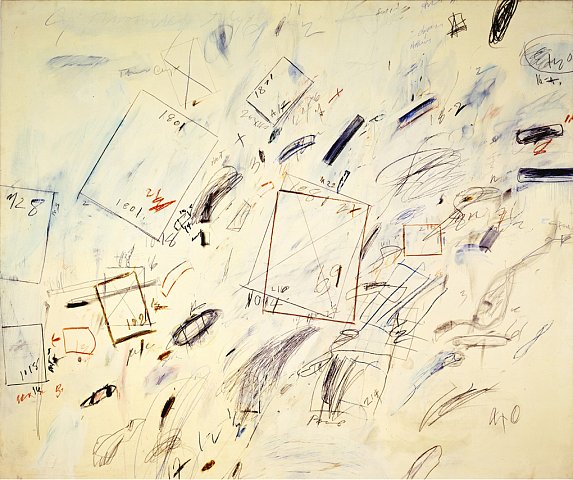 Sites to go to for various works of Cy Twombly

Art foraging on the web...sometimes remarkable; always eclectic.
ENCINITAS, CA (AP).- The "Surfing Madonna" appeared just before Easter weekend and has been stirring a soulful debate in this Southern California beach town ever since. The striking mosaic of the Virgin of Guadalupe riding a wave was affixed to a wall under a train bridge by artists disguised as construction workers in April. It technically is graffiti that should be removed under the law. But the surfing Madonna's beauty is drawing a mass following, and even city officials who say she must go acknowledge they too have been taken by her. They have spent thousands to hire an art conservation agency to find the best way to remove her without causing damage to the art.  entire story here 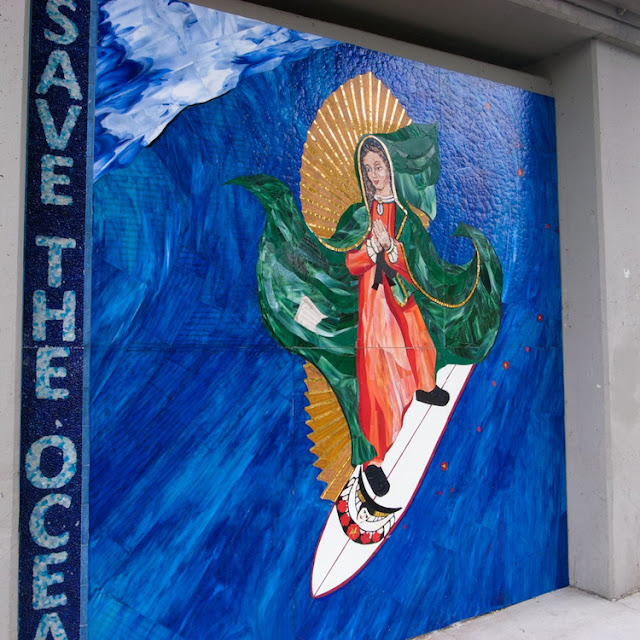 I recently discovered the work of Argentine artist Raquel Forner (April 22, 1902 – June 10, 1988), who mixed expressionist and surrealism to create her works. There isn't much biographical information on her other than this wikipedia entry, which mentions her artistic interest in the Spanish Civil War (she spent time in Spain) and in depictions of strong female images. 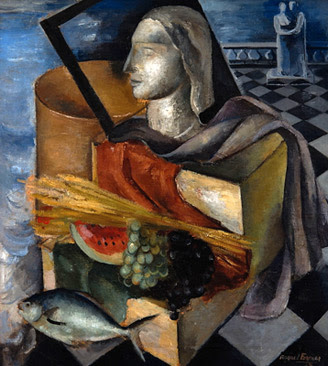 (this, to me, is reminiscent of De Chirico) 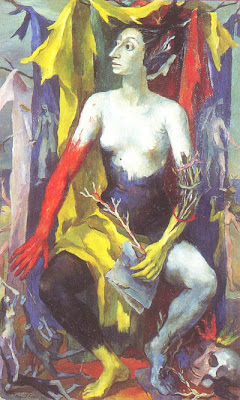 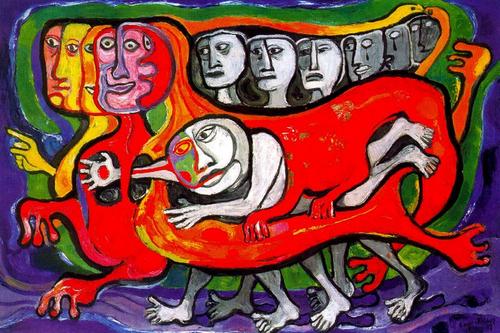 And because I have a few friends who are R. Crumb fans (Susan, Joe?), here are a few images of his I discovered while art surfing recently. Enjoy! 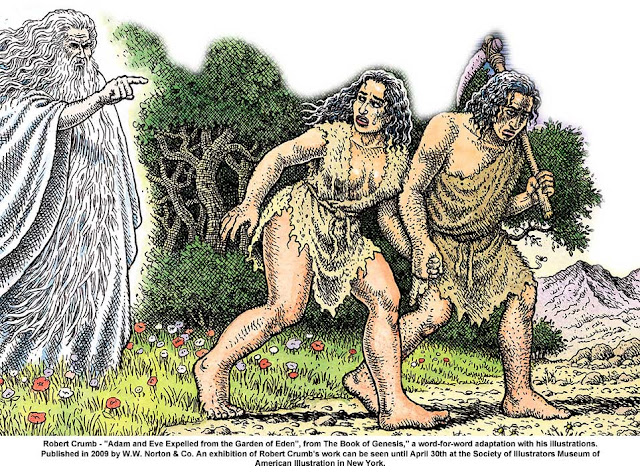 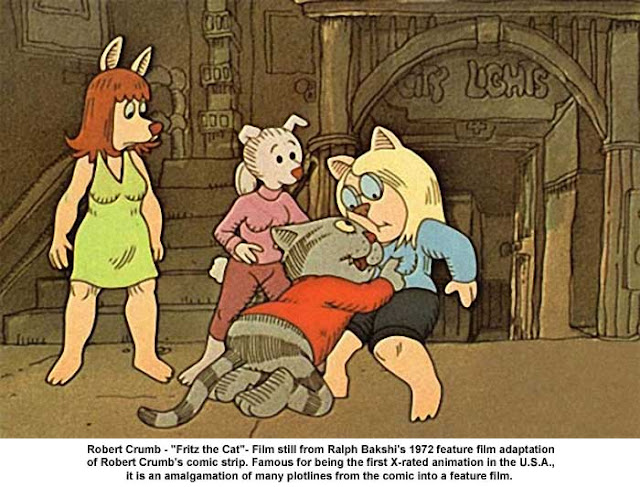 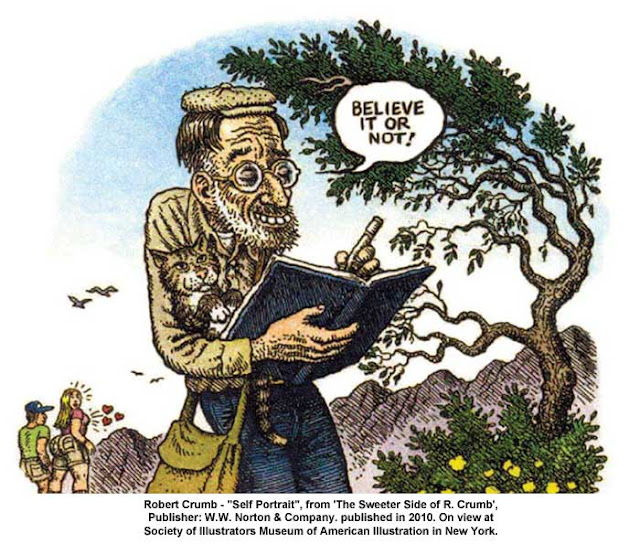 The Official R. Crumb Website
(worth the visit!)
For you Brits (or world travelers) lucky enough to access it - the Tate Movie Project, because who doesn't love animation?  :-) 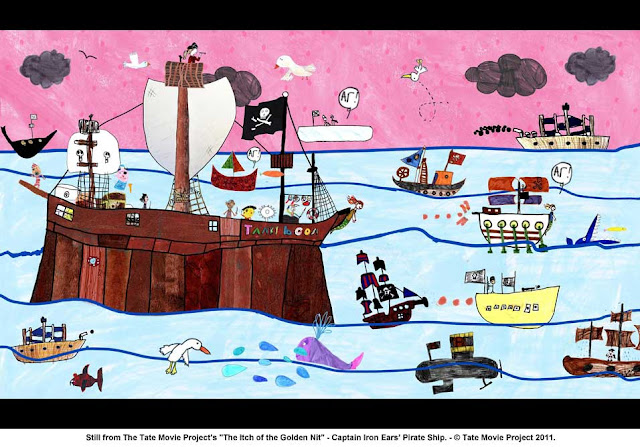