Bad Art Or Not? 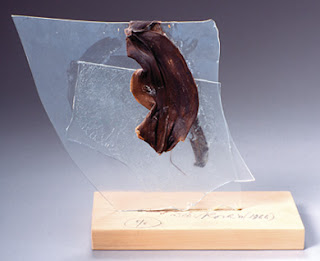 Banana
(banana peel on broken pieces of glass on wooden base)
Note: I've been struggling about whether or not the work of Deiter Roth deserves the question "Is it art or not?". Namely because he is a noteworthy artist and much has been written about his work; some of it regarding the assumption that for this type of art, he was "the real deal". Because I run this feature on occasion and I enjoy getting people's reactions to the weird modern and contemporary ar I sometimes postt, I've decided to archive this post under the Bad Art or Not? category. Do I think it's bad art or even art at all? Read about it in comments! :-) My own opinions are just as informed as yours, in most cases. Perhaps I'm a bit more "open" to weird art for some reason I don't understand. As a lot of you know, discovering new art and artists is a passion of mine but I'm not an expert on art, nor an art critic. I present to you what I find interesting, amusing, beautiful or thought-provoking. Whether you think it's entirely foolish or you see some merit in Dieter's work, all opinions are invited!

So, my brilliant and lovely readers...is it art, or not?

Dieter Roth (April 21, 1930 - June 5, 1998) was a Swiss-German artist best known for his artist's books and for his sculptures and pictures made with rotting food stuffs [1]. He was also known as Dieter Rot and Diter Rot read the rest of the Wikipedia entry. Roth was a sort of fringes member of the Fluxus network of artists.

"I hate it if I notice that I like something, if I am able to do something, so that I just have to repeat it, that it could become a habit. Then I stop immediately. Also if it threatens to become beautiful."
~ Dieter Roth
click on image to view larger

Insel (Island)
In a series of works called Insel ("Island", 1968), for instance, Roth would take a blue panel, cover it in foodstuffs arranged as islands on the background, cover the surface in yoghurt, then cover that in a layer of plaster, leaving the piece to undergo a series of transformations; mouldy stages, bacterial decay, insect attack, and then stability as only nondegradable elements were left. 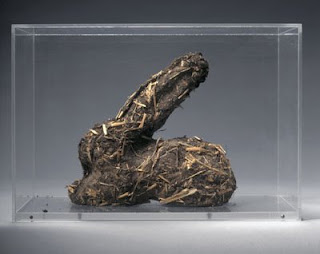 Shit Hare
(yes, pressed from rabbit excrement. Don't say I didn't warn you in my introduction that I may feature the work of subversives! Sheesh. I don't look subversive... ;-)
I think I still have one of these hanging around from an Easter season of the past...uh... a chocolate one, I mean! ;-) 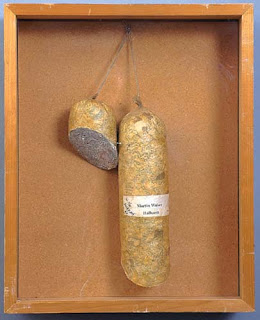 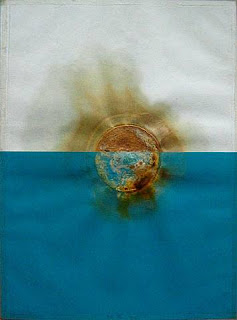 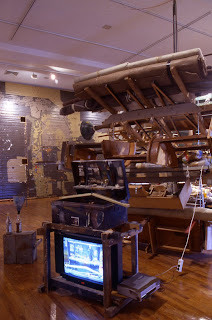 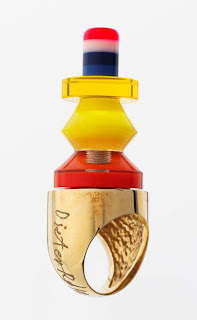 Roth Time - A Dieter Roth Retrospective
from a 2004 MoMA exhibition

where I found a lot of great articles. please click on the linked logo and enjoy.
Posted by Unknown at Thursday, June 18, 2009 23 comments: Links to this post

Email ThisBlogThis!Share to TwitterShare to FacebookShare to Pinterest
Labels: Bad Art Or Not?, Dieter Roth