I have striven to give The Pagan Sphinx blog a slight touch of the art museum. At least that's what the blog has evolved into. A sort of scrapbook I'm keeping for therapy.  I'm not inclined for some time now to discuss a lot of personal details on the blog. I'm afraid that the more personal aspects of my life have to be dealt in the forum of the actual world; up-close and personal.  :-)

I want my blog to be something I do because I love to do it. The drama of my own life is not something I can readily adopt to the blog page. If you know what I mean. That means for me, keeping it simple. I like my drama in doses of entertainment, but when the shit hits the fan, I have to just confront it.

I'm sorry if that sounds cryptic. What I want to say, simply, is that I may be absent and/or distant for as long as it take me to sort things through.

In my strong attempt to be forthcoming, I invariably end up being cryptic without meaning to. To complicate matters, my computer has been behaving badly. It is long over-due that I buy a new one but it is just not possible with one child still studying at a university and all of its related expenses.

I have, at this point, given up posting an image to this post, as the computer just keeps getting stuck.

I will see you all once in a while,
Pagan Sphinx

I want to read blogs and not comment for a while. So just know that I am around. Those friends who have my email address, please keep in touch.

This week's Ruby Tuesday submission is a series of photos I took at a very unique little Nova Scotia museum: The Charles MacDonald Concrete Museum in Centreville, Nova Scotia. While vacationing in beautiful Nova Scotia, we became interested in aspects of its history and people. Charles MacDonald, a deceased folk hero in the area, left a legacy of creativity, adventure and good deeds. Drawn to it, I've tried to preserve our interest through photographs and conversations with people we met along the way.  One such person was Fred MacDonald, Charles' nephew, who with other volunteers has tried to keep the legend of Charlie MacDonald alive.
In subsequent posts, you may notice the blue cottage, which my daughter Supergirl Two calls "the candy cottage". That is one of four remaining concrete cottage built by MacDonald during the great depression to keep the workers of his concrete business employed. The results are essentially Canadian heritage properties now. 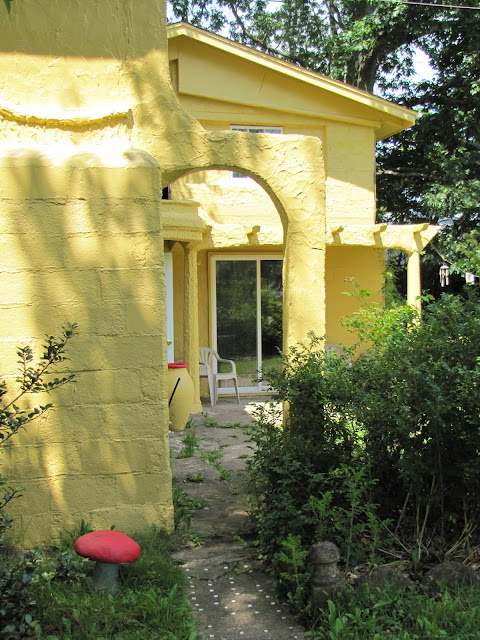 A view of the back of the museum. The other three, obviously, are of relics in the interior, which is essentially one room - the parlor. 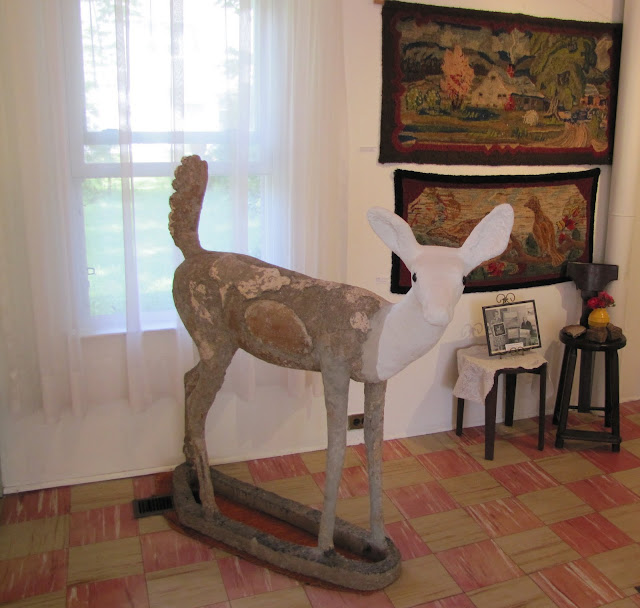 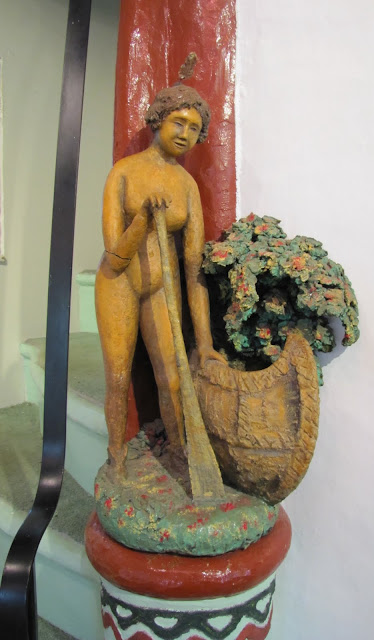 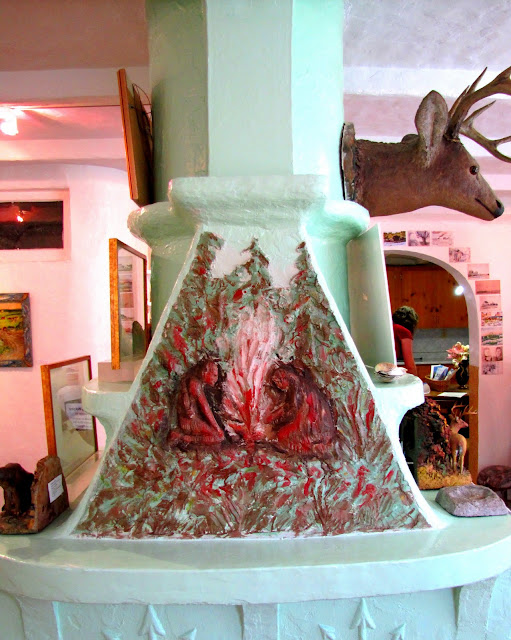 Next week's Party II of Touches of Nova Scotia will feature ruby reds of the more nautical type.
I hope you'll come back!
Have a fantastic week and see you then!
Ruby Tuesday
hosted by Mary at Work of the Poet
Posted by Unknown at Monday, August 09, 2010 23 comments:

Those of you who know me a lot or a little or who read here a lot or a little, are aware that I have a thing for Emily Dickinson - her life, her poems and her home turned museum in Amherst, part of my Western Massachusetts stomping ground.

The title of the blog The Pagan Sphinx was actually inspired by an article I read online by a certain Gary Sloan, a literature professor somewhere I don't recall. The topic of the article is Emily Dickinson's views on religion and faith, as known through her poetry and letters. The only items we "know" Emily at all by. The conclusion of the article is that Emily died somewhat of a pagan, having gone back and forth in her mind, throughout her adult life doubting the existence of god.

"Faith" is a fine invention, when gentlemen can see
But microscopes are prudent, in an emergency.-- Emily Dickinson, "Faith" (ca. 1860), quoted from James A Haught, ed, 2000 Years of Disbelief
I am one who continues to think about issues of faith and doubt. I sometimes feel a quick pull toward something slightly akin to faith but just as quickly, I am snatched away by my thoughts of both joy and despair and by matters that need my direct and immediate attention. For example, what is happening with my family. Looking after WP, four daughters, an in-law, and a boyfriend or two (of the girls'  :-), a few other family members as well as a couple of close friends. I try to get back to that place that I know makes me a better person.

I was almost persuaded to be a Christian. I thought I never again could be thoughtless and worldly. But I soon forgot my morning prayer or else it was irksome to me. One by one my old habits returned and I cared less for religion than ever.
-- Emily Dickinson, at age 15, shortly after a Christian revival in her home town of Amherst, Massachusetts, in a letter to her friend Abiah Root, quoted from Gary Sloan, "Emily Dickinson: Pagan Sphinx," Positive Atheism (June, 2001) 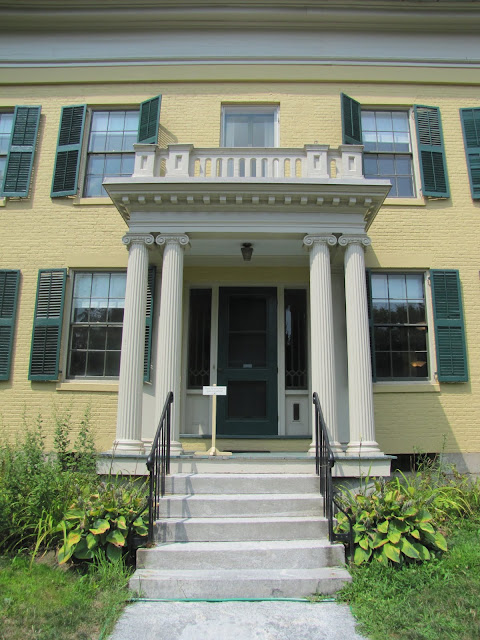 On subjects of which we know nothing, we both believe and disbelieve a hundred times an hour, which keeps believing nimble.
-- Emily Dickinson, quoted from Gary Sloan, "Emily Dickinson: Pagan Sphinx," Positive Atheism (June, 2001) 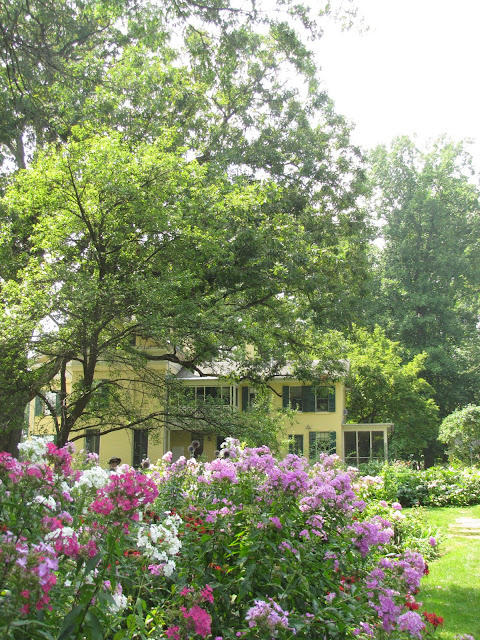 This last visit to Emily's garden was made on a very hot and humid Amherst, Massachusetts afternoon. I don't usually do the audio tour, though I made a mental note that next time I would, to see how it is compiled. There were several people around the garden with the audio and I just snapped away at the phlox and cone flowers, the snapdragons and a couple of elegant orchids. 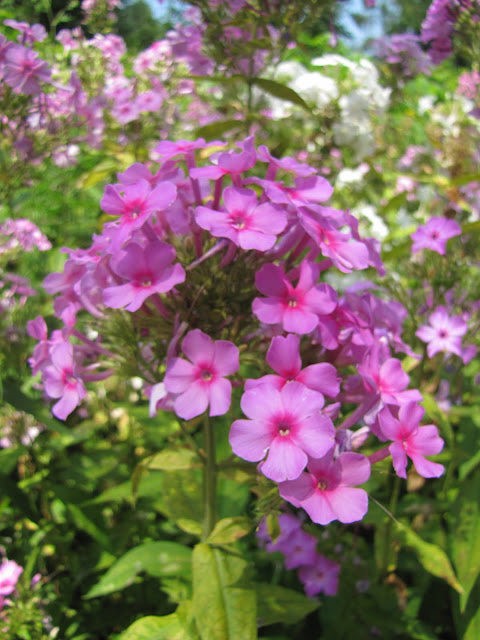 Those who lift their hats shall see Nature as devout do God.
-- Emily Dickinson 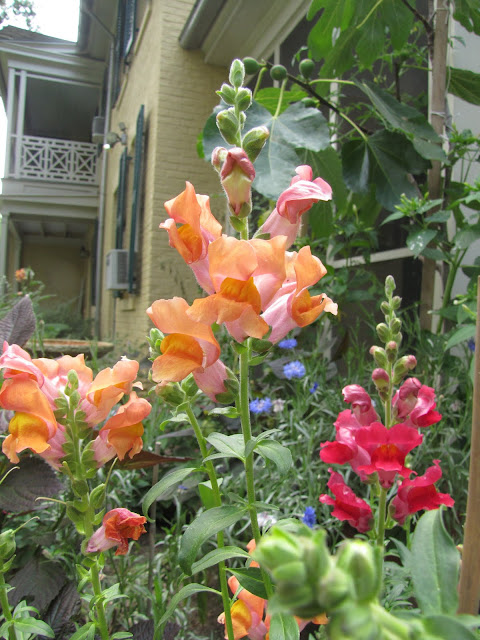 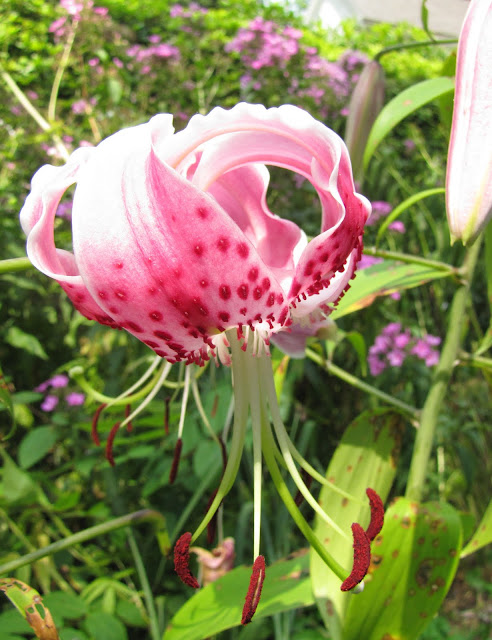 They say that God is everywhere, and yet we always think of Him as somewhat of a recluse.
-- Emily Dickinson (attributed: source unknown)
Credits:
Positive Atheism's Emily Dickinson Quotations
Emily Dickinson:  Pagan Sphinx by Gary Sloan
Eclectica Magazine